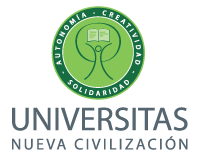 Dr. Howard Richards holds the title Research Professor of Philosophy at Earlham College, Richmond, Indiana, USA, a Quaker school where he taught for thirty-five years. He was the founder of the Peace and Global Studies Program there and co-founder of the Business and Nonprofit Management program. Now he divides his time between the private practice of law and continuing his research and teaching. As a practising lawyer he is general counsel for two non-profit corporations. As a scholar he has recently published Understanding the Global Economy (Peace Education Books, 2004). Another book, co-authored with Joanna Swanger Dilemmas of Social Democracies (Lexington Books) came out in 2006.

He has worked for the Organisation of American States, Canada's International Development Research Centre, and others as an evaluator of innovative projects and programs, and is currently working on an evaluation of, among other things, alternative economic institutions (economia solidaria) in today's Argentina, on which he will make a progress report to a seminar convened by the United Nations Development Program, UNDP, in Rosario, Argentina, at the end of March. He is co-convenor of the Global Political Economy Commission of the International Peace Research Association.
Howard Richards got an advanced certificate in education from Oxford in the field of educational psychology with an honors thesis on Piaget. The second field for his doctorate in education from Toronto was applied psychology and moral education. He furthermore did the moral education summer school at Harvard with Lawrence Kohlberg and Carol Gilligan.
Please see:

See a summary of this video titled, The Theory of Growth Points, compiled by Evelin Lindner.
This summary points at the following other texts: